Butterbeer Universal: What Is It, Where To Find It in the Park 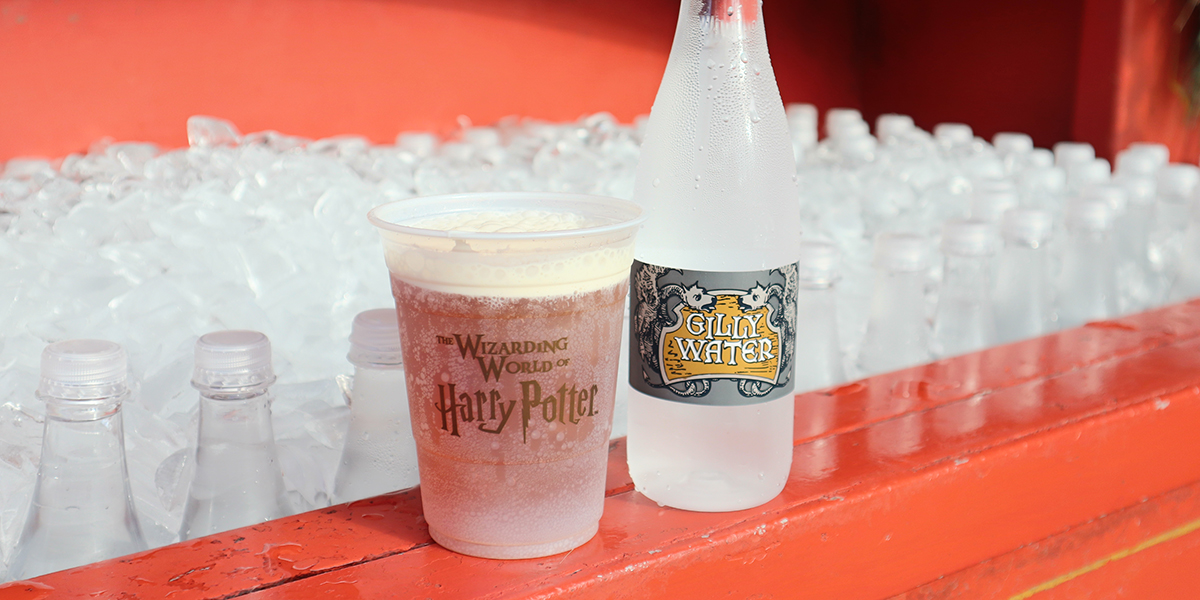 How could they give a guest the feeling of being transported to the Wizarding World of Harry Potter when they were – to put it bluntly – sweating significant pieces of their anatomies off?

They had to get the look right, along with the sounds and the smells and, yes, the tastes of the Harry Potter world.

Does Universal Studios have Butterbeer?

Here’s the good news: Yes, you can buy Butterbeer at Universal Studios.

They recreated the signature sweet treat from Hogsmeade and made it available to the sweating, pungent masses in Central Florida.

But, that’s not quite right. They didn’t recreate it. Prior to Orlando, it was a fictional drink.

They created a drink to match Rowling’s vision, where we once only read about our favorite characters like Harry, Ron and Hermione sipping on it in the Three Broomsticks.

Incorporating it into the park is a massive part of falling into the right frame of mind to experience The Wizarding World of Harry Potter.

It’s creamy and sweet and unlike anything we Muggles traditionally consume.

To me, it can taste a bit like sweeter eggnog minus all the eggs. Butterbeer is a popular choice for many witches and wizards.

Is the Butterbeer at Universal good?

I think it’s good if you appreciate sweet drinks. Cold Butterbeer tastes a little bit like a buttery-rich cream soda. Honestly, it really hits the spot on a hot day.

Hot Butterbeer is like almost hot chocolate with a butterscotch flavor.

Both versions, now available year-round, are very sweet. My grandmother would call them rich.

What is Butterbeer made of in Universal?

If you’re trying to follow along at home and looking for a Butterbeer recipe, you could start out with a basic cream soda. If you want to get fancy, you can add some heavy cream, butterscotch or sugar to make it more authentic.

In the park, you can get it served hot or cold. But I strongly suggest a cold beverage over a hot one unless you happen to be in Florida in a chilly winter month or are the kind of person, like my late father-in-law, who orders coffee with every meal.

Where can I buy Butterbeer at Universal?

You can get the cold or frozen versions of Butterbeer at places like The Leaky Cauldron, The Hopping Pot and the Fountain of Fair Fortune in Diagon Alley.

It’s also available near the entrance of the park at the Three Broomsticks, Hog’s Head and at a pair of street carts in Hogsmeade.

Whatever they put in the stuff, it’s official. During the creation process, they flew to Scotland and made a batch for J.K. Rowling herself, who is, of course, the author of the Harry Potter books.

She approved, and the rest is history. So as far as huge Harry Potter fans are concerned, it’s the real thing.

Do they sell different kinds of Butterbeer in the park?

Yes, there are a variety of Butterbeer concoctions in various forms available throughout the park. Let’s break down the different types that are available and where to get them:

This is one of the most common types.

You can find it at places like the Leaky Cauldron, the Fountain of Fair Fortune and The Hopping Pot in Diagon Alley.

In Hogsmeade, you’ll find it in street carts and the Three Broomsticks.

The hot version is available at the Leaky Cauldron and The Hopping Pot in Diagon Alley.

You can also find it in Hog’s Head and street carts in Hogsmeade.

Frozen Butterbeer, which is a bit like a Butterbeer slushie, can be found at the Leaky Cauldron, The Fountain of Fair Fortune and The Hopping Pot in Diagon Alley.

It’s also available at street cats and the Three Broomsticks in Hogsmeade.

Butterbeer ice cream, also in a soft-serve, is quite good.

You can get it at Florean Fortescue’s Ice-Cream Parlor in Diagon Alley. It’s also at the Three Broomsticks.

The fudge is available at Honeydukes and Sugarplum’s Sweet Shop.

Read Also: Does Disney Own Harry Potter? The Wizarding World That Almost Never Was

The Butterbeer Potted Cream, which is basically a Butterbeer custard, is available at the Leaky Cauldron in Diagon Alley or the Three Broomsticks in Hogsmeade.

Is Butterbeer alcoholic at Universal?

No, it’s alcohol-free. It contains no beer.

Can I get an adult version of Butterbeer in the park?

Not directly, no, there is no official alcoholic Butterbeer. However, they sell Butterbeer in the Leaky Cauldron and the Hog’s Head pub. They also sell adult beverages in both of those establishments.

I think you’re seeing where I’m going with this.

Unofficially, you can order your Butterbeer and some fire whiskey – which will be served to you in two separate cups. Combine the two and you’ve got something wonderful, my friend.

A warning, Universal officially keeps their Butterbeer non-alcoholic. In the early days of the Wizarding World, they would tell you not to mix the unofficial concoction at the counter while they were watching.

Why? I’m not sure. I suppose they were afraid of someone getting confused and getting a bunch of 12-year-olds loose.

Also, be forewarned that the concoction won’t come cheap.

Do they sell bottled Butterbeer at Universal?

Not really. Though there are some unofficial brands selling a similar product online, the American parks don’t have bottled Butterbeer to go.

If you want the official stuff, you can go online and place the order.

What else can you do in The Wizarding World of Harry Potter?

Universal Orlando is broken up into two parks, Universal Studios Florida and Universal’s Islands of Adventure.

The Universal Orlando side has Harry Potter and the Escape from Gringotts ride. It also has the Leaky Cauldron, Florean Fortescue’s Ice-Cream Parlour and The Hopping Pot.

The Islands of Adventure side has attractions like the popular roller coaster Hagrid’s Magical Creatures Motorbike Adventure, the Harry Potter and the Forbidden Journey ride (inside the Hogwarts castle) and Flight of the Hippogriff.

For dining, it has the Three Broomsticks, Hog’s Head and more. It also has the Owl Post.

You can get an interactive wand from Ollivanders Wand Shop on either side.

Additionally, you can also access the Hogwarts Express from either park, but remember that you need a park-to-park ticket to ride it.

Are you a fan of Butterbeer when you visit Universal? Let us know in the comments!