Does Disney Own Harry Potter? The Wizarding World That Almost Never Was 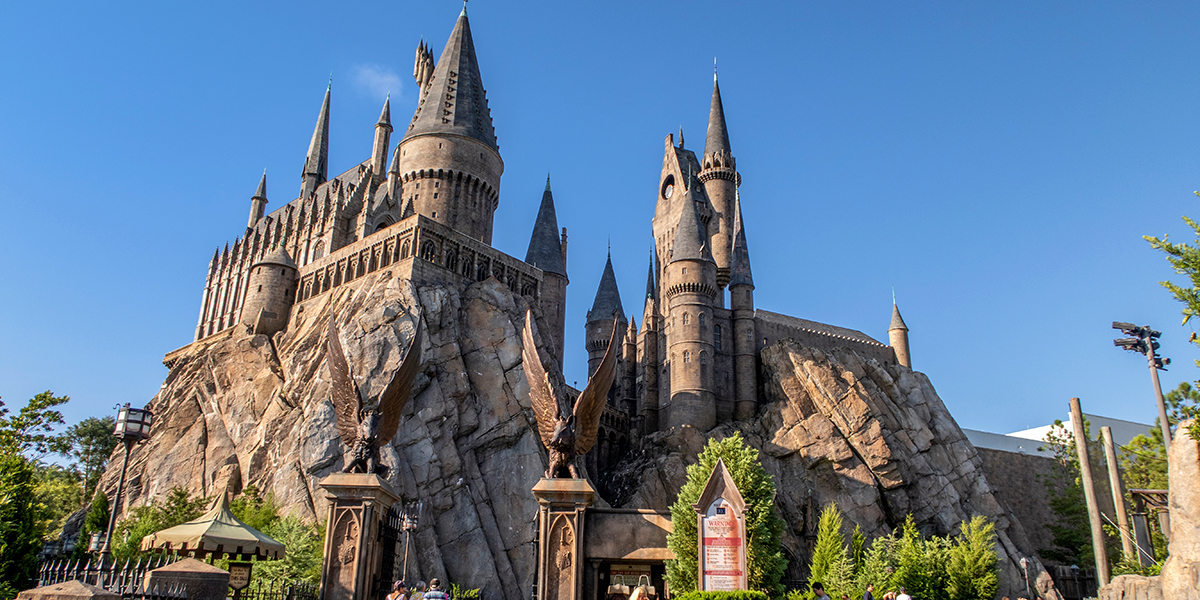 J.K. Rowling signed a letter of intent with Disney in 2004 to create Potter-themed attractions inside the park, but later changed her mind (photo by Elizabeth Iris/shutterstock.com

Our entertainment world is dominated – for better or worse – in the never-ending search for Intellectual Property, aka IP.

Books can be turned into film series or TV shows that can move merchandise. They can also inspire theme park rides or even entire sections.

Disney is king, of course, but things can get complicated.

Disney landed Marvel – which has been a massive boon for its cinematic division, its merchandise division and even for its streaming service, Disney Plus (Disney+). Marvel has been a boon to Disney’s theme parks as well, but not entirely.

Due to the deal that cash-strapped Marvel agreed to before the Disney acquisition, Disney does not have theme park rights to some of Marvel’s biggest characters in locations East of the Mississippi. It’s why Universal can have an Incredible Hulk Coaster and a Spidey experience, but Disney World cannot.

It’s also why Disneyland can have an Avengers Campus without violating Universal’s rights.

When the competition was really getting underway in the early 2000’s, Disney already had a lasting relationship with George Lucas. This meant Disney got Star Wars and Indiana Jones. Disney also had Pixar, which meant Toy Story.

At that point, Universal, despite having Marvel for its theme park, was losing the IP war badly.

Why did Disney not get Harry Potter?

Into this world stepped British author JK Rowling, who now has an estimated net worth of over $1 billion, and her magical Harry Potter books.

Warner Bros. already had film rights and was well into developing its series of Harry Potter movies (including “Fantastic Beasts and Where to Find Them”). But Harry Potter’s theme park rights were open for the right bidder.

For a while, that bidder appeared to be Walt Disney World Resort.

Rowling signed a letter of intent with Disney in 2004. And it appeared Harry Potter would become part of Fantasyland in the Magic Kingdom.

It appears, for once, the people at Disney lacked imagination.

Their proposal for Potter wasn’t so much his own land as a smaller space.

There were ideas for a couple of rides and attractions that didn’t especially stand out, maybe a magical creatures petting zoo or a small restaurant or maybe a wand shop. It seems Disney’s version of Harry Potter World wasn’t going to be that magical.

And in a scene reminiscent of Walt Disney himself sparring with “Mary Poppins” author P.L. Travers, another literary resident of Britain, Rowling demanded more creative input than Disney was willing to give.

In sweeps, Universal Orlando Resort, desperate for something to drive people to their park, met Rowling’s demands for something grander. And, in 2007, Universal announced plans for The Wizarding World of Harry Potter.

The new expansion opened to rave reviews and immediately spawned Diagon Alley, a second park expansion, which opened in 2014.

And so, Disney, which owns massive pieces of the world’s most popular IPs, missed out on Harry Potter.

Are Harry Potter films on Disney Plus?

The movie rights are owned by Warner Bros. Entertainment, a subsidiary of WarnerMedia.

At the time of this writing, none of the Harry Potter films are streaming on Disney+ or Netflix. You can, however, binge them on HBO Max or the NBC streaming service Peacock.

However, it wasn’t a total loss. Disney saw the success of The Wizarding World and opened its eyes to something bigger.

In 2017, Disney opened the really great Pandora, the World of Avatar in its Animal Kingdom park.

The Pandora world itself has been highly successful with only a pair of rides and a restaurant.

Today, Avatar the Flight of Passage is one of the most highly rated rides in the world.

The only hindrance to Pandora was the IP itself took a step back in the time between when Disney purchased it and when the Pandora section of the park opened.

James Cameron’s epic – which was massively successful when it opened – hasn’t shown the same longevity that other large IPs enjoyed.

Cameron has spent years working on a series of sequels that are currently in production. If Cameron is successful in turning Avatar into a massive franchise, the Pandora world will be ripe for expansion.

It also seems likely that without the inspiration of The Wizarding World, Disney wouldn’t have gone as far as it did with Star Wars, which it purchased outright when it bought LucasFilm in 2012 for $4 billion.

Disney opened the impressive Galaxy’s Edge section of its Hollywood Studios Park in 2019.

Galaxy’s Edge is the premier theme park immersive land, besting even The Wizarding World to most fans. But that launch hasn’t been without issues, either.

Launching with only one of its two major rides open, Galaxy’s Edge reportedly underperformed in its early years. Some of that lack of performance is due to the park’s temporary closing in 2020.

But if crowd size is any indication, Galaxy’s Edge is now more than making up for lost time.

The latest salvo in the IP wars – something the people at Universal have to be watching intently is Disney’s massive gamble on a Star Wars-themed hotel.

The Galactic Starcruiser is designed to emulate a landlocked cruise ship. Guests are encouraged to spend their time onboard, take advantage of the Star Wars-themed entertainment options and go “ashore” to visit Galaxy’s Edge.

Set to open in March 2022, the cruiser is only available for two-night stays. A single two-night stay will reportedly cost nearly $5,000 for two guests.

If Disney’s ambitious gamble pays off, Universal Studios Florida could build something similar – while learning from Disney’s mistakes – for its Harry Potter world.

Have you been to The Wizarding World at Harry Potter? Do you think Disney could have done a better job with the Harry Potter franchise? Let us know in the comments below.