Where is Starbucks at Animal Kingdom? Finding Starbucks Inside Disney 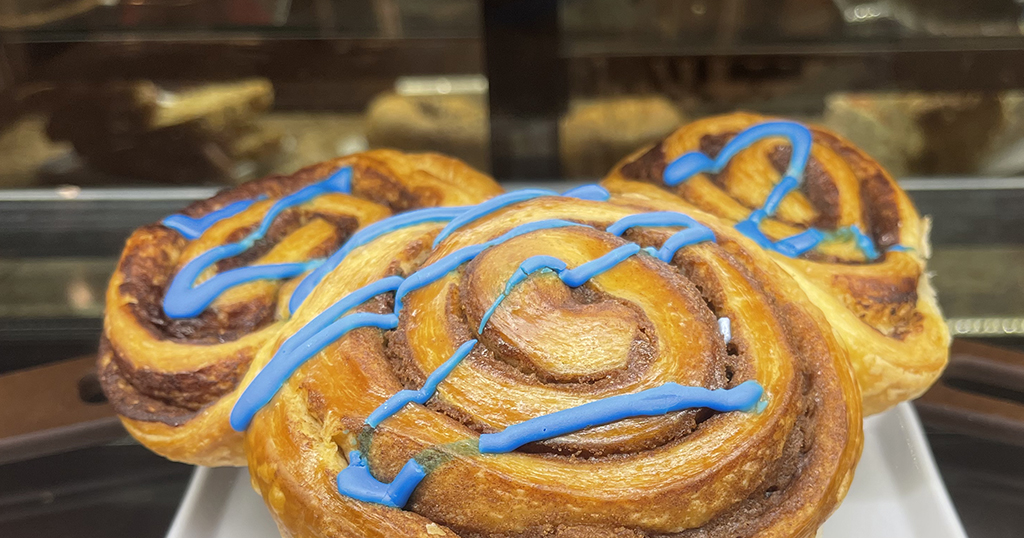 For me, nothing completes a Disney trip like a steaming cup of coffee in the morning. Really, I always want coffee. The time of day is irrelevant.

Although if it’s a super-hot afternoon, I may opt for an iced or frozen coffee.

The point is, when I want to indulge, I want the best coffee. And as Michael Scott would say: Gotta love the ‘bucks. (It’s like slang for Starbucks. They’re all over the place!)

Seriously, though. They are all over the place, including The Walt Disney World Resort.

Is there a Starbucks inside Animal Kingdom?

At EPCOT, there’s an all-new Starbucks location called Connections Cafe. This new store replaced Fountain View, which closed a couple of years ago due to construction in Future World.

Connections Cafe is located in World Celebration and shares a building with a new restaurant called Connections Eatery. Each clandestine coffee shop is located relatively close to the park’s entrance.

Where is Creature Comforts?

Creature Comforts is located closer to the center of Animal Kingdom on Discovery Island.

The easiest way to find Creature Comforts is to search for it in the My Disney Experience App. You can select the “Find on Map” or “Get Directions” icons.

Selecting “Get Directions” will give you turn-by-turn directions in real time. It’s a pretty cool feature.

Creature Comforts is located on Discovery Island. As you enter the park, head left at the Tree of Life and continue along the walkway.

You’ll pass the entrance to the World of Avatar and a quick-service restaurant called Pizzasafari. The Tree of Life will remain on your right. Look for Creature Comforts on the left side of the path. If you cross the bridge heading into Africa, you’ve gone too far.

Creature Comforts actually shares a building with Animal Kingdom’s First Aid Station and Baby Care Center. This is an excellent spot to purchase any baby supplies you may need. They also have several quiet areas to feed or change the baby.

In fact, each Disney Park has a Baby Center, so be sure to take advantage of the resource if you need it. Just across the walkway, you’ll find the Discovery Island Trails. This is the perfect place to take a stroll along shady meandering pathways near the Tree of Life.

And also, you can catch glimpses of all kinds of wildlife, including Cotton-Top Tamarins, Flamingos, Asian Small-Clawed Otters and Vultures.

The trails also take you to some of the best spots for a close-up view of the Tree of Life. The trunk is a true work of art with dozens of intricately detailed animal carvings.

How many Starbucks are in Animal Kingdom?

There’s just one Starbucks in Animal Kingdom, which is Creature Comforts on Discovery Island.

This is the case for all four Disney parks in Florida. However, Disney fans will be pleased to learn that there are other locations in each park that serve coffee and sweet treats.

In addition, if Starbucks has long lines or a caffeine craving hits when you’re on the opposite side of the park, check out a Joffrey’s kiosk.

At Animal Kingdom, there’s a Joffrey’s Coffee & Tea Company just outside the park entrance as well as in Asia.

The Isle of Java on Discovery Island

If you’re headed toward Dinoland, USA first thing, swing by the Isle of Java on Discovery Island. They serve sweet breakfast treats like a Raspberry Streusel Muffin or Tiger Tail Chocolate Twist as well as Cappuccinos and Lattes.

However, if you are truly craving Starbucks, Creature Comforts is where you can find all of your favorite Starbucks drinks.

From the White Chocolate Mocha to the Caramel Ribbon Crunch Frappuccino, you’ll find all of the usual Starbucks drinks on the menu.

Disney World Starbucks locations also rotate seasonal offerings on and off their menu just like Starbucks in the real world. My personal favorite is the Pistachio latte, which is only available during winter. In the summer, I love a Dragon Drink in the heat of the day.

One unique thing you’ll only find at the park Starbucks locations is the giant cupcakes. Right now, they’re featuring a 50th Anniversary Celebration Cupcake with Lemon Cake and Vanilla Frosting with sprinkles and drizzled chocolate. Yum!

There are also several other Disney-specific bakery items on the menu, like the Mickey Colossal Cinnamon Roll.

Creature Comforts Starbucks is also a good place to pick up a gift or souvenir. Each park in the Disney World resort has its own unique Starbucks Been There Series coffee cups that are updated year after year.

These souvenir mugs depict all the great things about that park such as favorite rides and attractions or treats.

Is Starbucks on the Disney Dining Plan?

In fact, specialty beverages at Starbucks were one of the best values for a snack credit. Hopefully, as they continue their phased reopening, the Walt Disney Company will bring back dining plans.

As a Disney World fanatic, I would never turn down a hot cup of coffee and giant donut from Joffrey’s. I’m not even convinced that Starbucks actually has better coffee.

However, Starbucks does offer a huge range of specialty beverage options. I also love that you can customize your drink to your exact taste, it really makes visiting Starbucks an indulgent experience. And where better to indulge than in a Disney Park?

Did you get Starbucks while at Disney World or do you prefer a different coffee experience? Let us know in the comments.